To start my blog, I'm going to register some moments that marked my life! There are facts, things, songs, movies and books that somehow remind me of good feelings. 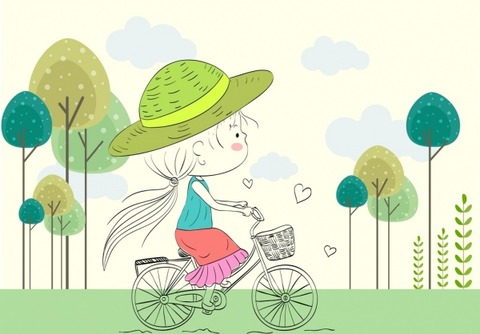 When I was a child, I decided to write my will. My cat would inherit all my toys. My room would be for Alexandre, a homeless boy who always greeted me.
As for my book on manners, I would leave it to my brother, after that fight we had.
I took this list to an aunt who is a lawyer and asked her to validate it. Smart as she is, she made several copies of the paper and sent it to the whole family.
The original, my aunt framed and left on her desk, along with her diplomas. So she got laughs not from her relatives but from her customers as well. 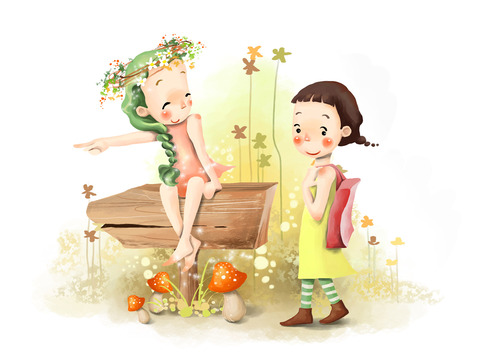 Once, during a nap time in kindergarten, a boy approached me. I pretended I was asleep and didn't move. He lay down beside me, kissed my cheek and said, whispering, "I love you."

Afterwards, he returned to his place. I remember that day like it was today. He wore a gray coat with vertical lines.

Today I am 27 years old, and this childhood memory is one of the most romantic and special moments of my life.
In my childhood, when I went on vacation to my grandfather's town, I noticed that every house had a sign that said: "Devilish Dog in the Backyard."

I once fought with my grandfather and wrote on the doors: "Devilish grandfather in the yard." 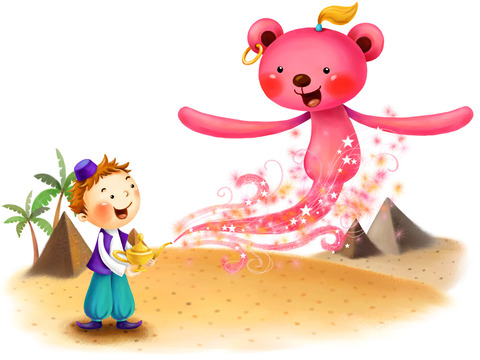 A girl took her new doll to kindergarten. It was so beautiful that the other students liked it a lot too. Everyone played with it, but I broke it.

After seeing the tears on my colleague's face, I decided I needed to give her another doll just like it. And so I asked my parents to buy it, but I explained that it wasn't for me.

My parents supported the idea and the next day I gave the girl the doll.

She was so happy! But my dad had prepared a surprise gift for me, and he gave it to me when he picked me up from the kindergarten. He said that I had done the right thing and that he felt very proud. 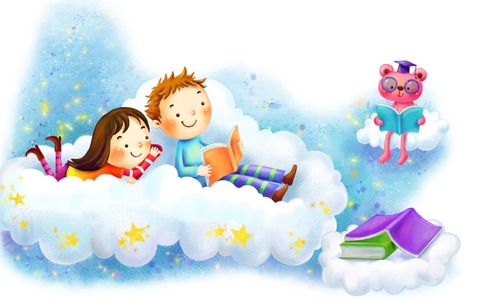 I remember when I was eight, our cat gave birth. After New Year's vacation, when I didn't want to get up early to go to school again, my mom would pick up all the kittens and put them on top of me in bed.

They climbed up my body so I had to get up and put them down. It's one of the best memories of my childhood. 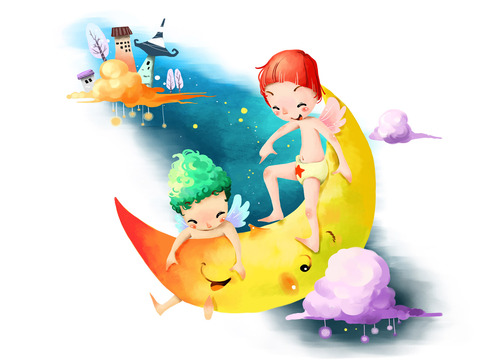 When my brother was little, we lived in a big house in the countryside. He often stayed in the backyard sunbathing.

He took a beach chair, took off his clothes, but covered himself completely with a sheet. My mother said it wasn't the way you sunbathed, but he replied, "I don't care, if I don't cover myself the mosquitoes will attack me!"

I live in the same housing project as a friend, both on the second floor. Our houses are separated by only two doors.

When we were little, we didn't have a phone, so one day we decided to make our own "mail". We thought about stretching a rope from my porch to hers.

It was a difficult task, but in the end we made it. We started putting messages on one end of the rope, and they would slide from one to the other, it was a lot of fun.

We were very happy, and every afternoon we exchanged letters. Sometimes I woke up, went to the balcony and saw that another message had arrived: "Good morning!". How I miss that time. 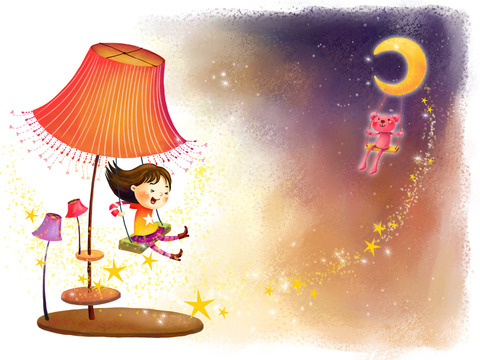 When I was a kid, my friend and I used to play in the sandbox. She started to tell me a story: on one occasion, she had dug so much in the sand that she reached the level of the subways, and she watched the trains move.

I believed it and started digging until the night, until my parents came and took me home. Whenever I went to that place,

I immediately started digging. I was very disappointed when they told me that our city did not have a subway. 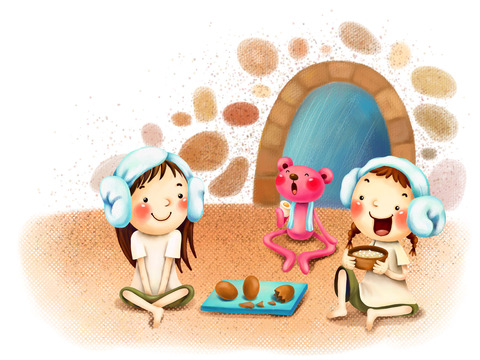 As a child, during the bath, I liked to fill my mouth with water and imagine myself with a fountain, putting pressure on to throw the water up.

I even adopted different positions to become the most diverse sources. Well, while some dreamed of becoming a doctor or an astronaut, I dreamed of being a source... 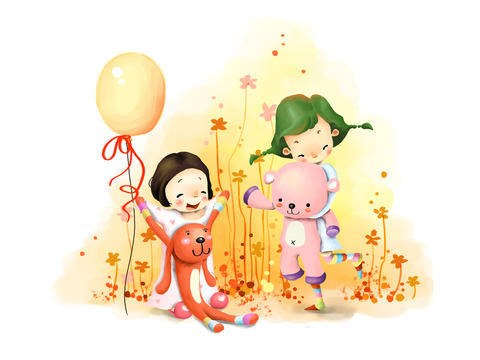 When I was 3 years old, my parents painted the floor. As it was so small, I didn't notice and ran over it. Today I am 21 years old.

A few days ago, I pushed the sofa away and saw my tiny footprints. My parents decided not to remove the marks so I could see them when I grew up. 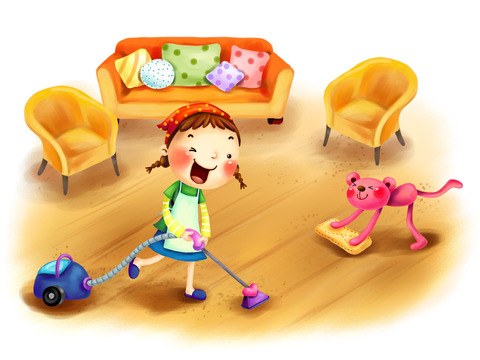 When I got home, I stayed with my great-great-grandmother, she took care of me while my parents went to work.
But when my great-great-grandmother wasn't at home, I would go out and play with the children in the neighborhood. We played make-believe in front of the front door.
we evaded blankets and played house, the stones became our money, the plants our vegetables, among others.
Each child brought their toy and we played with the ones that were there, it was a great joy. 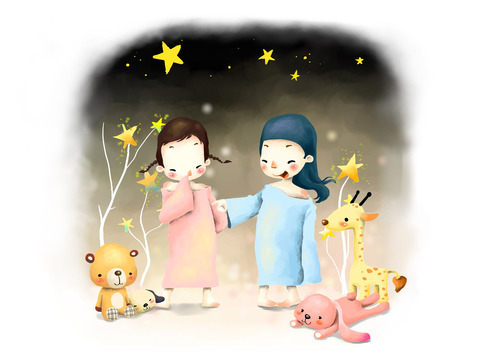 The games always took place after school and on weekends when we had nothing to do at home.
When there was no possibility of taking the blankets, we played detective and thief.
Also of tag, hide and seek, games that do not require physical materials, just enough presence was enough.
There were so many games that I don't remember very well.

Behind the mountain was a small park and beside it a small police station.
It was amazing to feel the wind that blew along the way, feel the air of nature, I felt like an explorer for having so much freedom.
On many occasions my parents took me to Parque Laikacota or Parque Urbano Central, located in the center of the city of La Paz.
There we spent hours playing and having fun. There is a crocodile with its mouth open and inside the crocodile there is a toboggan.
There is also a large slide where many children and adults play together. 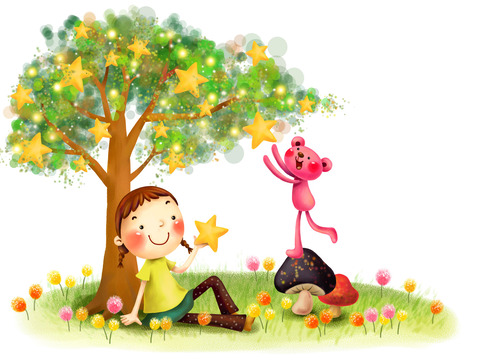 I once went to the park with my cousin and my aunt. Playing in the crocodile's mouth I ended up losing myself.
But they soon found me, we played a lot, we climbed the giant slide and the fun goes on at the end of the night. 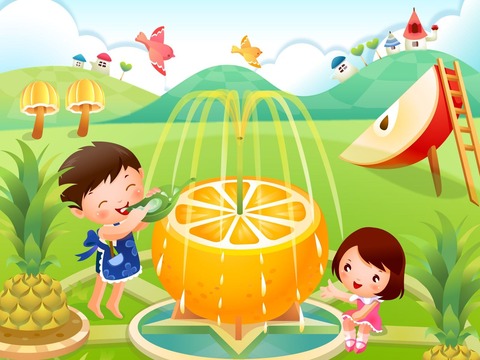 The park brings beautiful memories, just by being there, you can see the joy of people.
The smile from ear to ear, children having fun with their parents and family.
At Christmas then both Laikacota Park and the central Urban Park are packed. 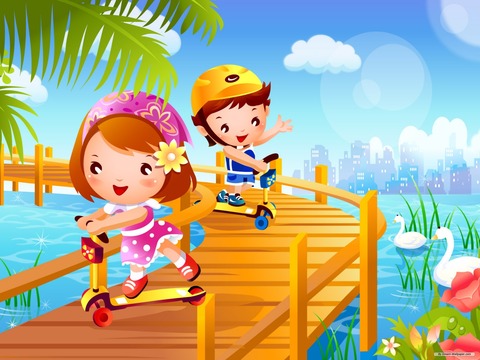 The Central Park is no longer called Urban Centerand is now called “La Feria Navideña” (The Christmas Market)
There are a large number of people who concentrate and play games.
There are several Christmas artifacts that are sold, there are more than 40 kiosks, apart from food and games.
In the park there is a sector where there are only games, eg Channel, White Luck, Bingo, Board Games, Carousels, Bumper Cars (bumps) and several other attractions. 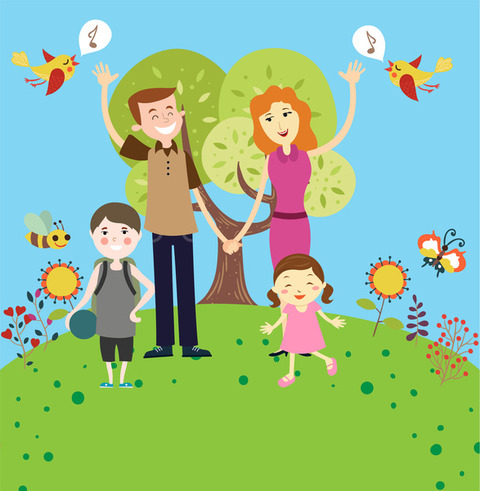 Christmas and New Year is a date that brings distant family members together and brings the family together.
I remember once after the celebration my uncles and I stayed late into the night playing real estate banking. 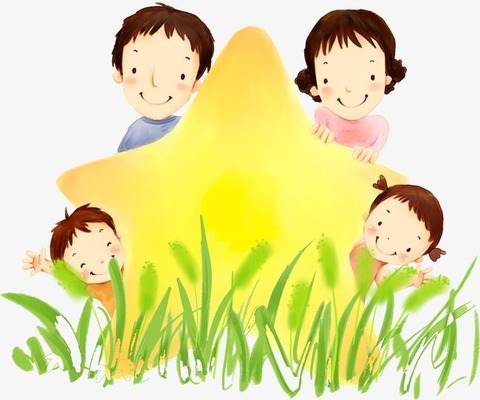 One day my great-great grandmother gave me a skateboard for my birthday, I was in love with the yellow skateboard, very different from the others.
Whenever I found a suitable place to skate I would skate, sometimes my cousin would come to visit me, we would stay late at night on the street. 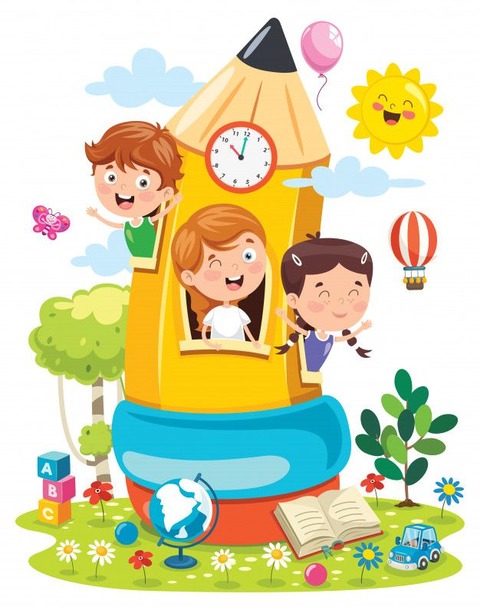 Recently we went to the Valley of the Moon, also located in the city of La Paz, there we played hide and seek.

In 2018, I volunteered at a non-profit institution, with the aim of learning new ways of working in the field of education.

The week of recreation was taking place, where specifically the children played and learned about new games.
This week helped children a lot to learn about new games, it helped in their development, socialization, mutual respect.
When I studied at night, during the break we had the habit of playing dominoes, it was laughter here and laughter there.